Just last night we returned from a couple of weeks in Hong Kong, Shanghai, Beijing and Macau.  Technically all of those places are in China.

Theary had never been to any of the places on the tour so it was great fun watching her eyes light up at each new experience.  Even if you have been to a place before, when you go with someone for their first time, it’s really great fun.  Mind you, I had only been to Hong Kong previously and on a day trip to mainland China and that was way back in 1997.  So I was confident a lot had changed in China since then. 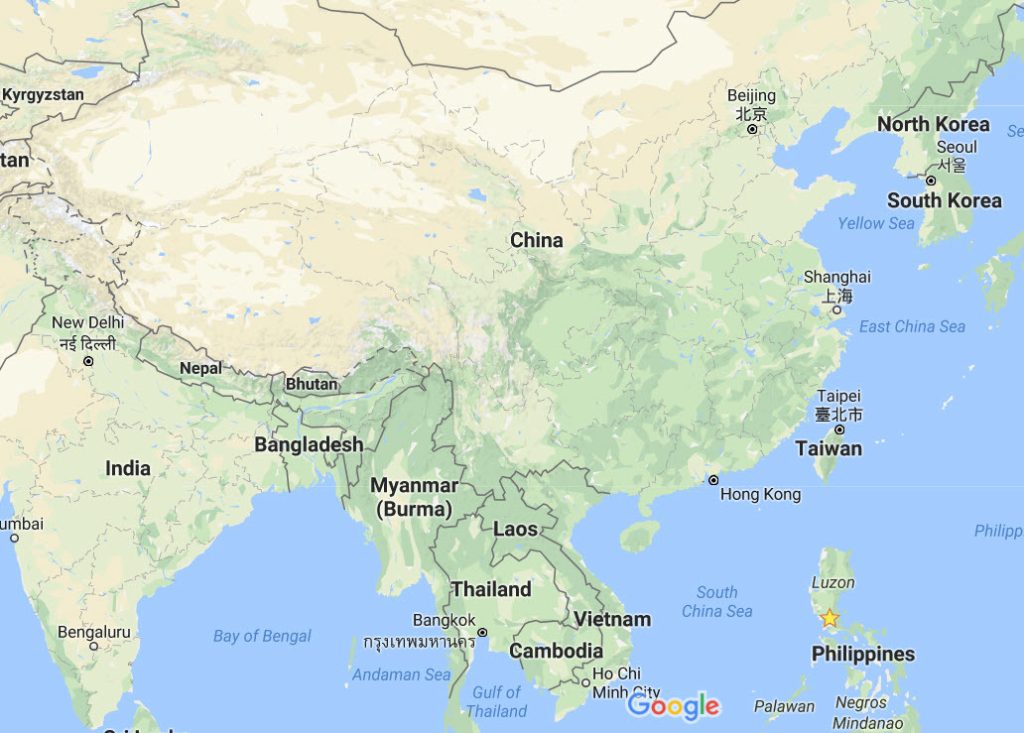 We hit the trail the 1st September 2017.  We had an early morning flight out of Phnom Penh with Bangkok Airways to Bangkok.  Always a nice airline with their own lounges which are free for their passengers.  We chose to not go into Bangkok on this trip and so stayed in transit.  The point of that is it means you don’t need to go through immigration, customs and baggage pick up.

It’s much easier and way less stressful which is a big thing when traveling as it can be very stressful and lead to a not so great time being had.  So when planning a trip, try to look for the ways which will make it easier, also it’s less expensive to stay in transit than go into a city.  Of course if you have not been to that city then sure, take a night or two out and explore.

The leg from Bangkok to Hong Kong was with Cathay Pacific who are based in Hong Kong.  I organised this flight with points I had with Alaska Airlines.  I only had to pay for the taxes.  It was a 2.5 hours flight. 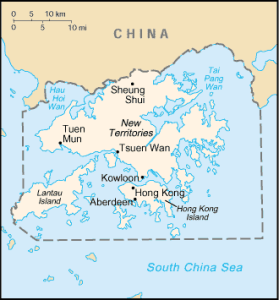 Hong Kong is an island which was under British Crown Rule from 18471 to 1997. It’s still very “English” especially when compared with mainland China.

The airport is absolutely huge and is built entirely upon a man made island.  Super easy to grab a 24 minute train into either Kowloon or Hong Kong.

For this stay we decided to stay in Kowloon which is much more old school Chinese style than Hong Kong which is a bustling, frantic global financial center.

We grabbed a taxi from Kowloon station to the hotel and checked in.  In this part of Asia it seems they always want a deposit to cover any expenses.  They also don’t like or trust debit cards. I found it best to pay for the hotel stay online to avoid hassles at check in.  I also found a way around paying the deposit.  It’s really only to cover the bar fridge in your room.  So tell them to empty it or to lock it.  You never want to be buying snacks and drinks in your hotel room.  Much better to go to the local 711.

Once we were settled in we went for a walk and found ourselves surrounded by a very lively neighborhood of local food shops, clothes, souvenirs.  The food was fast, cheap and delicious. 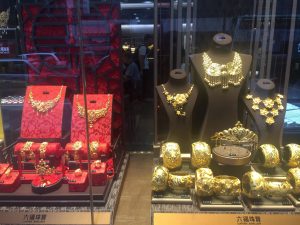 The next day we got up pretty early and went for a walk to Nathan Road which is the big place in Kowloon.  It’s a huge long road with about a billion shops on it.  If shopping is your thing (it’s really not mine) then Nathan Road is a good place to start.

Along Nathan Road are literally hundreds of gold and jewelry shops.  All displaying the same over the top golden necklaces and other assorted ugly pieces of gold.

We took the excellent underground rail system down to the harbor 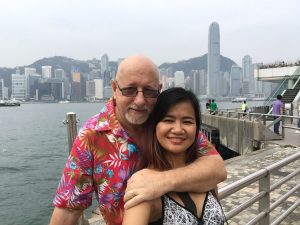 The HK harbor is easily recognizable by its iconic skyline.  One thing every visitor must do is take the Star Ferry across the harbor.  Se we walked along the waterside and came to the star ferry.  It’s super cheap (25 cents) and hardly any waiting. It’s a fairly quick trip taking about 10 minutes. 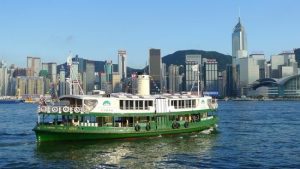 The harbor side area of Hong Kong island is all modern buildings, tons of public transport, tour buses.  Elevated walkways make it easy to get around safely above all the traffic.

Now if you like big banks, finance corporations, high end brands, overpriced food and coffee then this area is for you.  Me no likee.  So we walked up to the ticket office for the Peak Tram The island is crowned by Victoria Peak named after Queen Victoria.  To get to the peak one takes the Peak Tram which is a cable car.  The ride up is a single track with a dual passing track about halfway as there are 2 trams running at all times.

The Peak Tram’s route from Central district to Victoria Peak covers a distance of about 1.4 kilometers (0.87 mi) and an elevation of just under 400 meters (1,312 ft). 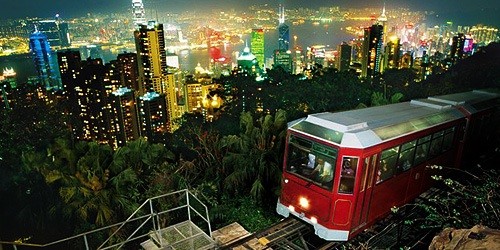 From its opening in 1888 until 1926, the Peak Tram divided into three classes:

Oh those old colonials and their rampant racism and bigotry, how colorful of them.

The ride is definitely worth it, the incline traveling the side of the mountain is mind-boggling.  Some great photo opportunities.

When you reach the top you will be greeted by crowds and a maze of shops.  I’m sure the greatest pleasure and pastime in China is shopping.  Count me out.  Mind you I did find a coffee shop among the madness which had an amazing view and the best sausage rolls I’ve ever tasted outside Australia.

my steps for the day

We stayed for 2 nights.  We stayed in a hotel in Kowloon for this visit so we could experience the more “Asian” feel and style of Kowloon.  Lots of small, authentic cheap asian “restaurants” where you can get some amazing food in pretty cramped, hot shops.  Lots of street food, color, lights and hustle and bustle.  I do prefer Kowloon over Hong Kong.

We walked a lot as you can see by my steps image from my phone. A lot of HK is on some very steep hills so wear some good walking shoes, have plenty of water, a hat/umbrella and have fun.

For tourists, HK is all about sightseeing, shopping and partying.  It’s a truly busy place.  It’s crowded all the time, there are over 7 million people living on this island and probably a few hundred thousand visitors at any given time.

Its vibrant, densely populated urban center is a major port and global financial hub with a skyscraper-studded skyline.  It was great fun for me to show Theary around as it was her very first time.

To be honest though, after the Peak Tram ride, the Star Ferry ride and a heck of a lot of walking I was happy to get going again.

Our next stop was Shanghai!